A Message from Our CEO/Executive Director

At Welcome Hall Mission, we’re preparing to celebrate our 125th anniversary of providing outreach and support. During all that time, generous donors like you have remained committed to supporting our work and we could not be more grateful. This important milestone also underlines the sad fact that hunger and poverty in Montreal continue to be difficult realities for the thousands who turn to us for help each year.

Your gifts have made a difference! You provided school supplies and new shoes to children at our back-to-school event, Rentrée la tête haute, in August. Leading up to Thanksgiving, you helped provide enough food to serve more than 400 meals per day.

As Christmas approaches, the days are getting shorter and the nights longer—and colder. We see the need around us increasing as disadvantaged Montrealers struggle to find enough layers to ward off winter’s chill. Christmas is meant to be a special time when families and loved ones gather together, and that’s why we’re preparing a special meal on December 19th for Montrealers who are trying to cope with homelessness and poverty.

Just as you’ve supported us this far, I hope you will continue to give so that we can continue to offer life-changing services.

Wishing you and yours a wonderful Christmas, 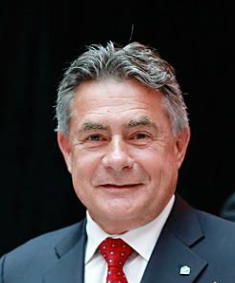 When David was struggling through high school, he started using marijuana and alcohol to fit in among his peers. He didn’t think it was a big deal, but at a young age he started taking OxyContin. Before long, he was spending up to $200 a day on drugs.

He had his first heart attack at 21 years old.

After recovering from his heart attack, he wanted to change his life. He was living with his girlfriend, and they both managed to stop using drugs. Unfortunately, though, it put a lot of strain on their relationship. Eventually, David had to leave without knowing where to go.

Desperate to escape the cold, he spent that night sleeping in the library of a local university. On his second night, he slept on a couch at Narcotics Anonymous and it was there that a person told him about Welcome Hall Mission’s emergency shelter. So on that third night, he turned to us for help.

“I would not be where I am if I had not met the intervention workers who have shown me so much empathy and listened to me.” ‑ David

The next day, David met an intervention worker who would forever change his life.

He came back the next day to meet with his new intervention worker, and learned about the programs we offer. As he committed to recovery, he was afraid that he might fail, but his intervention worker stood by him each step of the way, and gradually he regained confidence and hope for healing. While living in a supervised apartment, he enjoyed the comfort of a real bed and a private shower.

Today, David volunteers with us and is working towards a Human Relations degree at Concordia University, while dreaming of a Masters in social work at McGill University.

David is now living in a transitional apartment at Welcome Hall Mission, where he will stay for two more years to stabilize and complete his studies. With scars to remind him of his past, he works every day towards better physical, mental and spiritual health.

Life is not over for David. It’s just beginning!

“I would not be where I am if I had not met the intervention workers who have shown me so much empathy, and listened to me,” says David. His gratitude to the Welcome Hall Mission team is infinite, and that extends to all of you who have donated to support our work!

Please give to ensure that everybody who is struggling—including people like David and people who are facing other hardships—can find a safe place of support. It’s especially important to give during the cold winter months!

An Opportunity to Give Back

A few months ago, Michel Parent was selling his business, Vacances Tours Mont-Royal, when he happened upon a Welcome Hall Mission brochure. “I wanted to use the opportunity to give back to the community,” says Mr. Parent. “I did not even know Welcome Hall Mission existed a year ago.”

In learning more, Mr. Parent was moved. “I was surprised to find an organization so well structured, with a very integrated approach to helping those who are struggling with poverty,” he says. After a tour of our facilities, he decided to make a long-lasting commitment to the Mission, offering to donate an amount each year, for the next five years!

Mr. Parent also encourages those around him to give back and volunteer at Welcome Hall Mission. Thank you, Mr. Parent, for your generosity and dedication to helping individuals become the best that they can be.

Every day at Welcome Hall Mission, we encounter new community members struggling with homelessness and poverty, who require ongoing support. Would you consider becoming a monthly donor today, so we can confidently plan a stronger, brighter future for these members of our community?

Christmas is a Time for Giving

This year, we’ll be serving a celebratory Christmas meal on December 19th, and everybody is welcome! Last year, we served over 400 Christmas meals at our men’s shelter, youth centre and to the men in our transition programs. We’ll have volunteers helping to prepare food, distribute gifts and serve these meals, and we look forward to connecting with the community in this special way.

We’ll also be distributing Christmas baskets to 4,000 Montreal families in need, throughout Montreal.

Please give a special Christmas gift to support programs like our food basket distribution, our holiday meal for homeless men and women, toy drive, and other festive events for families.

Give Shelter, Food, and Love